Traditionally, doubting climate science has been an article of faith for the US Tea Party.  Imagine my surprise at seeing this New Yorker  report that sections of the Tea Party are now actively supporting rooftop solar and teaming up with the Sierra Club to form the “Green Tea Coalition.  Coalition action includes:

So what is going on and are there implications for climate action in Australia?

The Tea party leader behind these moves is Debbie Dooley.  Debbie is definitely not someone from the Tea party fringe. She is

one of the twenty-two organizers of the first nationwide Tea Party protest, in 2009…. a co-founder of the Atlanta Tea Party, on the board of directors of the national Tea Party Patriots, and, since 2012, has been a fierce solar-power advocate.

In addition, much of what she says in support of solar is pure Tea Party:

“I thought that the regulated (utility) monopoly in Georgia had far too much power…” Solar, …. promised to give people energy autonomy. “The average person cannot build a power plant, but they can install solar panels on their rooftop, and they should be able to sell that energy to friends and neighbors if they wish.”

She also talks about:

solar energy, the free market, consumer choice, and national security. “Rooftop solar makes it harder for terrorists to render a devastating blow to our power grid,” she said. “There’s nothing more centralized in our nation. If terrorists were able to take down nine key substations, it would cause a blackout coast to coast.”….

and actions such as leading

a major ballot initiative that would amend that state’s (Florida) constitution to allow individuals and businesses with solar panels to sell the power that they generate directly to their tenants or neighbors. (Current law permits only utility companies to sell electricity.)

The key things here are a growing aversion to big business trying to limit the freedom of individuals in addition in addition to the traditional Tea Party aversion to big government.  There is no suggestion that the Tea party side of the coalition has suddenly decided to become climate change believers.

So what are the lessons for Australia given that the Tea party is an artifact of US culture?   For me there a few key reminders:

No, I haven’t gone over to the Tea party but it is worth reading the rest of the New Yorker article on the fights that Dooley has fought and won against the likes of the Koch Bros and more.

If you want to find out even more, admire the picture, imagine Abbott stewing in the Tea Cup and go to:  Green Tea Coalition 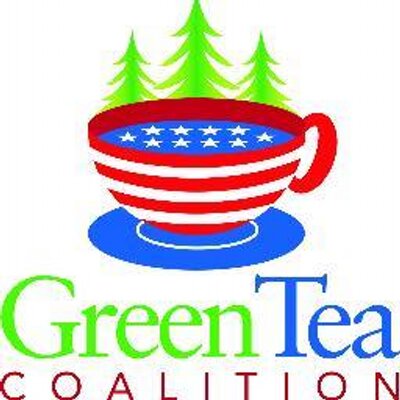 9 thoughts on “Welcome to the the Green Tea Coalition”